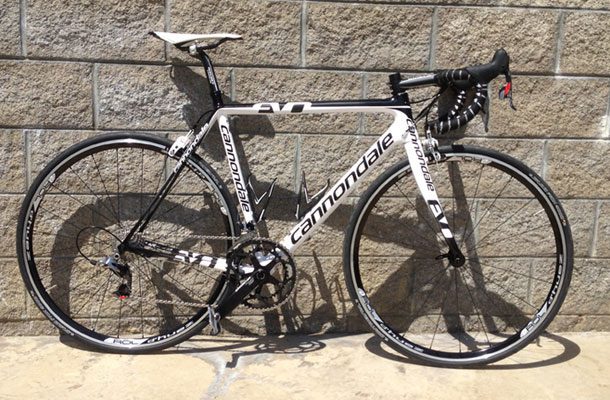 Silence is golden. This saying applies in many facets of life and it’s true in regard to cycling equipment too. Sometimes the best equipment is good precisely because it’s quiet, trouble-free, and performs exactly as it’s supposed to which allows the rider to focus on nicer things like lovely scenery or the sight of a fawn dashing away into the pines while meandering along on a recovery ride. Or pondering how long a saliva string can get before it breaks because you’re too desperate to wipe it off while you cower in the draft of the local hammerhead. In other words if you don’t have to think about your wheels they’re probably doing their job. This has definitely been the case with my ROL Wheels D’Huez wheelset. After three months of daily abuse and over three thousand miles they have been consistently quiet and confidence inspiring. Living in the eastern end of California’s Inland Empire means two things: big climbs and terrible pavement. These are roads with names like Damnation Alley and Jackrabbit Trail. In both arenas the ROLs have been up to the task. On long climbs they are light enough to be out-of-mind and on the equally long descents they are stiff enough that they have shown no signs of flexing while under load headed into hard corners. Several of our local big descents are upwards of thirty minutes long with many high speed 45mph sections followed by hard braking into corners and the ROLs have shown no sign of overheating at the rim. Mind you that’s with a 180 lb. rider loaded up with three large water bottles–so we’re not talking about a featherweight rider saying that the wheels are stiff and sturdy. Likewise, many of our local roads have sections that are no longer maintained and are a mix of crumbling asphalt, gravel, and dirt. These are the sections where a 180 lb rider can hope for revenge against those featherweight climbers and here again the ROLs have been up the task handling the beating of bombing along Roubaix-esque routes at 25-30mph with aplomb.

Crit racing has been no problem. The wheels don’t flex noticibly entering fast corners or while sprinting out of them. Also, the wider rim bed allows the tire to set a wider bead with a consequently wider contact patch on the road. I certainly haven’t been in the wind tunnel but the wider rim should also mean a better match between rim width and tire width which should improve aerodynamics. I have been training and racing with these wheels paired with 23mm tires, but I think with the wider rim profile they would also work great with 25mm tires providing even lower rolling resistance and a wider contact patch. Mounting tires hasn’t been a problem and has required only enough force to provide some confidence that the tires are going to stay mounted. This has been true not only in theory but in practice; two separate flats, both front and rear, happened immediately prior to brisk corners and both times the tire stayed anchored to the rim and allowed me to make it through the corner safely. The front flat happened at a moderately brisk pace, but the rear flat happened at race pace, mid-pack in a Pro/1/2 crit. Both times the wheel kept the tire in place and got through the corner safely despite that terrifying slip-and-slide feeling of cornering on a flat.

For those of you interested in numbers ROL Wheels D’Huez are 1,430 grams and come spec’d with Sapim CX Ray spokes and lightweight DT Swiss alloy ProLock nipples. They can be run tubeless (with an appropriate conversion kit) and are equipped with ABEC 5 TPI Steel Sealed Cartridge Bearings for smooth spinning and low-maintenance.

I have ridden these wheels every day for three months, raced them almost every weekend during those three months, and they remain quiet, true, and out-of-mind which is exactly where I want my wheels. As they say, “Silence is golden.”