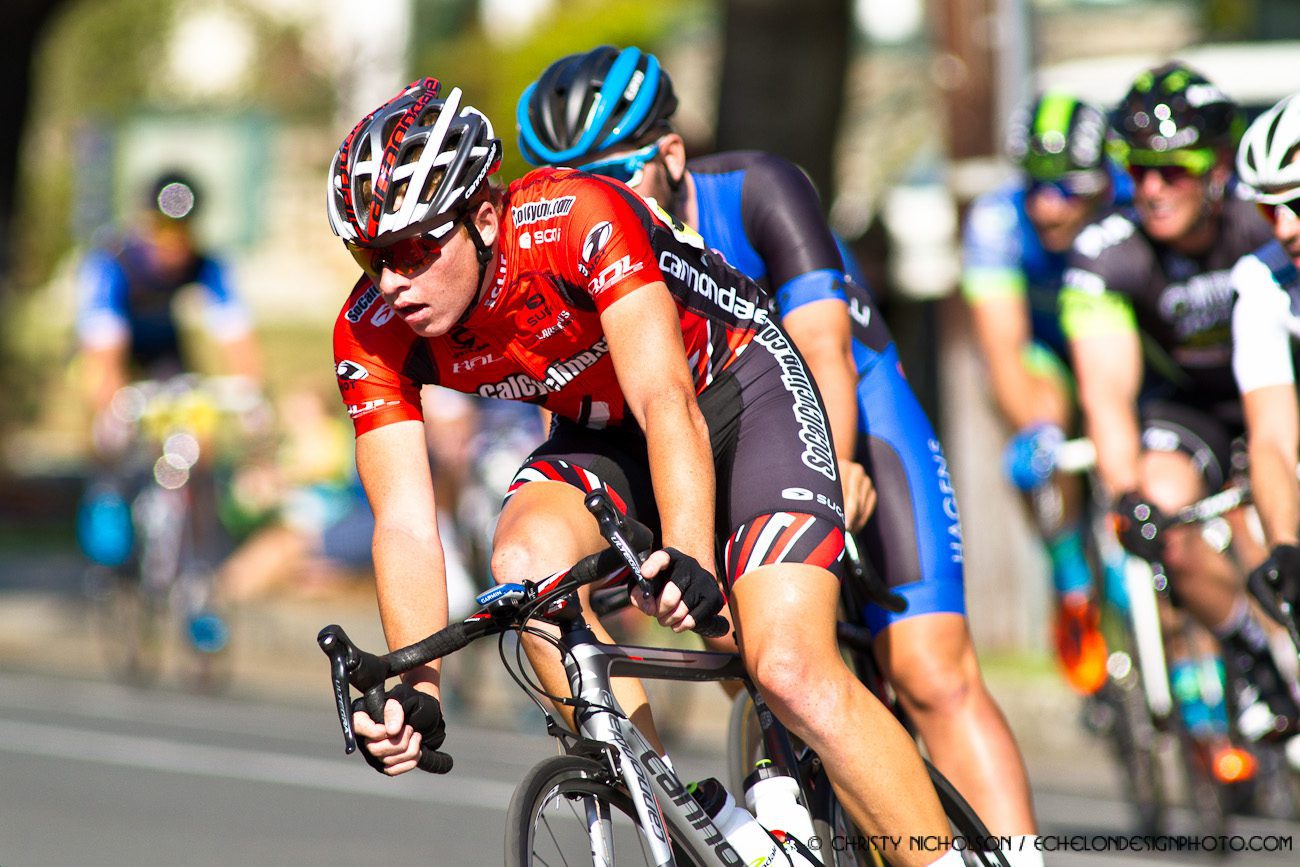 The LA Circuit Race started off with a nice cool but windy day which would make for a great day of racing. The Pro 1,2 field consisted of around 60 riders for the day. The race got off to a pretty fast start down the tailwind section but was short lived as once we hit the first turn around point it was a block head wind all the way up to the next turn around at the top of the course.

On the second lap, two riders managed to get themselves off the front of the main pack and got about 30 seconds ahead of the field. They stayed away for about two laps or so, but with the group putting in a lot of attacks to try ride across the gap it was brought back quickly. As the race went on there were many attacks off the front of the group, including myself trying to force a split to get away, but unfortunately nothing got away!

With one and a half laps to go, the move of the day was made when Stefano Barberi (California Giant Berry Farms) made a very serious attack and took one other rider with him. The field let the gap out to around 15 seconds and the two breakaway riders managed to keep that gap. On the final lap up to the final turn around point there was a serious crash in the front of the group which took out most of the main contenders including myself. Fortunately, I managed to hold it up but this cost me my sprint at the end of the day…

In the end, Stefano Barberi (California Giant Berry Farms) came in solo to take the win with the field claiming out the rest of the podium.