An Inside Look at the Champion System Pro Cycling Team Presentation 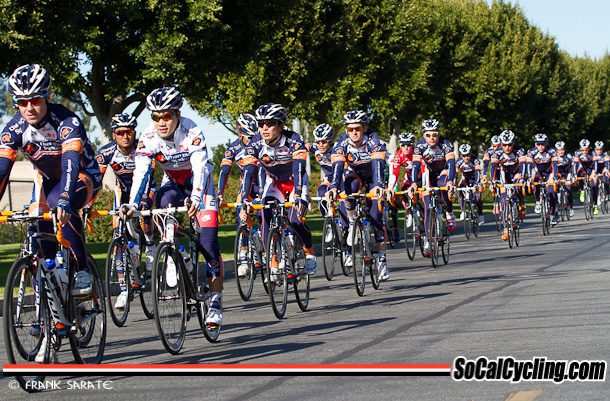 The Champion System  Pro Cycling Team kicked off their 2013 team presentation today in Carson, CA. It was a great experience and an in depth look at what the team has conquered in its first season, along with the teams future plans and goals.

The riders were asked if having so many different personalities, nationalities, and language barriers were a problem? Team rider Craig Lewis responded, “No, we are a team and we have learned how to communicate and adapt in certain situations. Whether we use hand signals or go back to the car for translation, we stick together and work through it”.

One of the primary goals for the Champion System Pro Cycling Team is to allow Asia’s top cyclists to compete at the highest level of the sport. With the strength of this year’s roster,  they are now given the chance to race the major UCI tours in not only Asia but will have the chance to compete in the professional tours in the U.S. and Europe, which will allow the Asian riders to develop into World and Olympic Champions.  The team will compete in over 100 professional races across the world in countries such as China, United States, France, Germany, Canada, Belgium, Italy, United Kingdom, Taiwan, Australia, Japan, Korea and Malaysia for 10 months out of the year.

One of Champion System Pro Cycling Team’s key to success is general manager Edward Beamon,  who has an array of accomplishments himself and will be utilizing his tactics, knowledge, and teams strength to further the success in there squad this season.  Edward began running/managing cyclists in 1996 with Velocity Sports Management, he then furthered his career by managing teams such as Navigators, Team Type 1, Pegasus, and Fly V Australia. He is a great asset to any professional cycling team and will be guiding this Asian based team to success to what looks to be many more years of success.