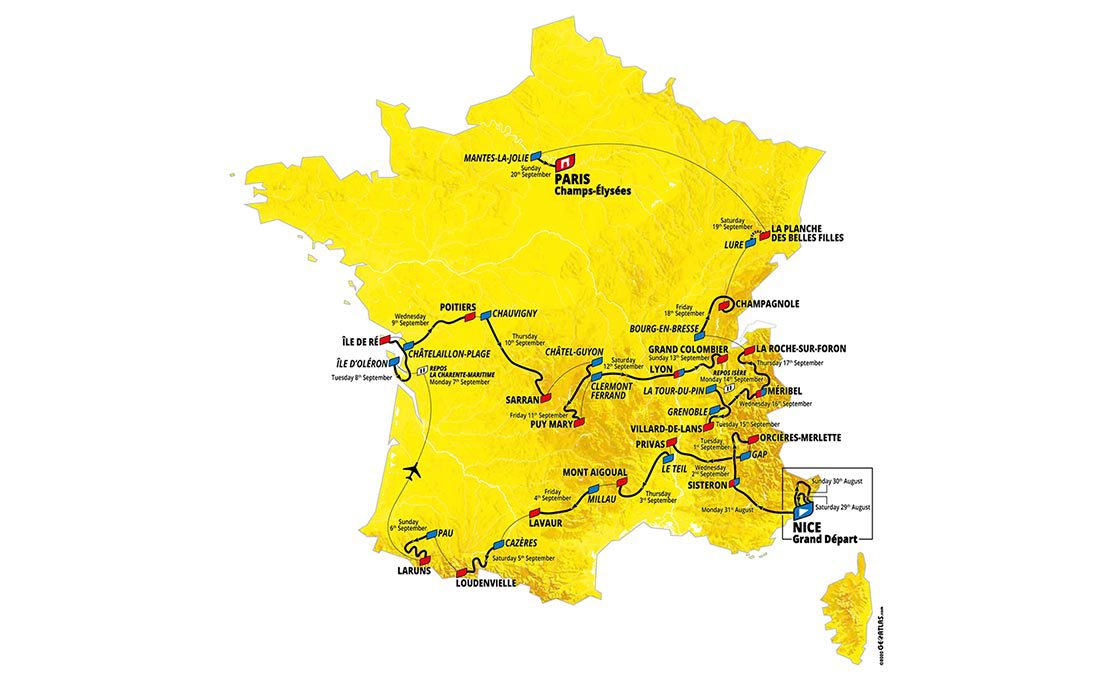 The 2020 Tour de France will run from August 29 to September 20 after being postponed from its original July date due to the coronavirus. Fans have been excitedly waiting for the 107th edition of the world’s most popular cycling race. This year’s race will begin in the sunny French coastal city of Nice and end on the streets of Paris.

The latest edition of the Tour de France sees a stacked line up of riders in the field. It is a mix of former winners seeking another Tour de France title and contenders looking for their first-ever overall race wins.

Contenders at this year’s Tour de France include past winner Egan Bernal, who rides for Team INEOS. Meanwhile, former winner Chris Froome was hopeful of making the grade as he battles back from injury. Froome has already won the race four times, but was not selected to ride for Team INEOS this year, which will stop him from taking on the incredible climbs and time trials of the race.

One of the factors that could play a part in this year’s Tour de France is the route’s incredible mountain climbs and summit finishes. It will test riders from the start and each day will be more difficult than the last.

The Tour de France 2020 route is a gruelling one with eight mountain stages. Riders will need to dig deep to complete the four summit finishes on tap for the race. In addition to the summit finishes, there will be nine flat stages, three hilly stages, and the penultimate time trial which is also a mountain summit.

It is a great mix of routes that will test all competitors from the first day onwards. Riders will be in the saddle for hours upon hours. According to a Betway interview with broadcaster Carlton Kirby, cycling doesn’t have a time limit like football or rugby. The gruelling stage can last up to six hours and this year’s route could push the riders to their maximums.

Riders will begin the route at the Grand Départ in Nice. From there, they will move north to Ocières-Merlette and climb 1,875m in the Hautes-Alps for stage four. The race will then move westward through central France and into the Pyrenees. The Tour de France 2020 will have two mountain stages at Loudenvielle and Laruns.

In Le Charente Maritime, riders will have their first rest day. The race will resume on the west coast before moving back through the centre of France. The Massif Central will offer a gruelling summit finish to Puy Mary. A summit finish to Grand Colombier in the Jura mountains follows and leads into the Alps for finishes to Méribel and La Roche-sur-Foron.

The mountain stages in this year’s Tour will see riders tackle the Alps, the Massif Central, the Pyrenees, the Jura, and the Vosges. The three-week race will be a challenge due to preparation races being limited this year. The coronavirus pandemic played a part in the warm-up and it could be evident when the race kicks off.