Riding in Breakaways at the Brentwood Grand Prix 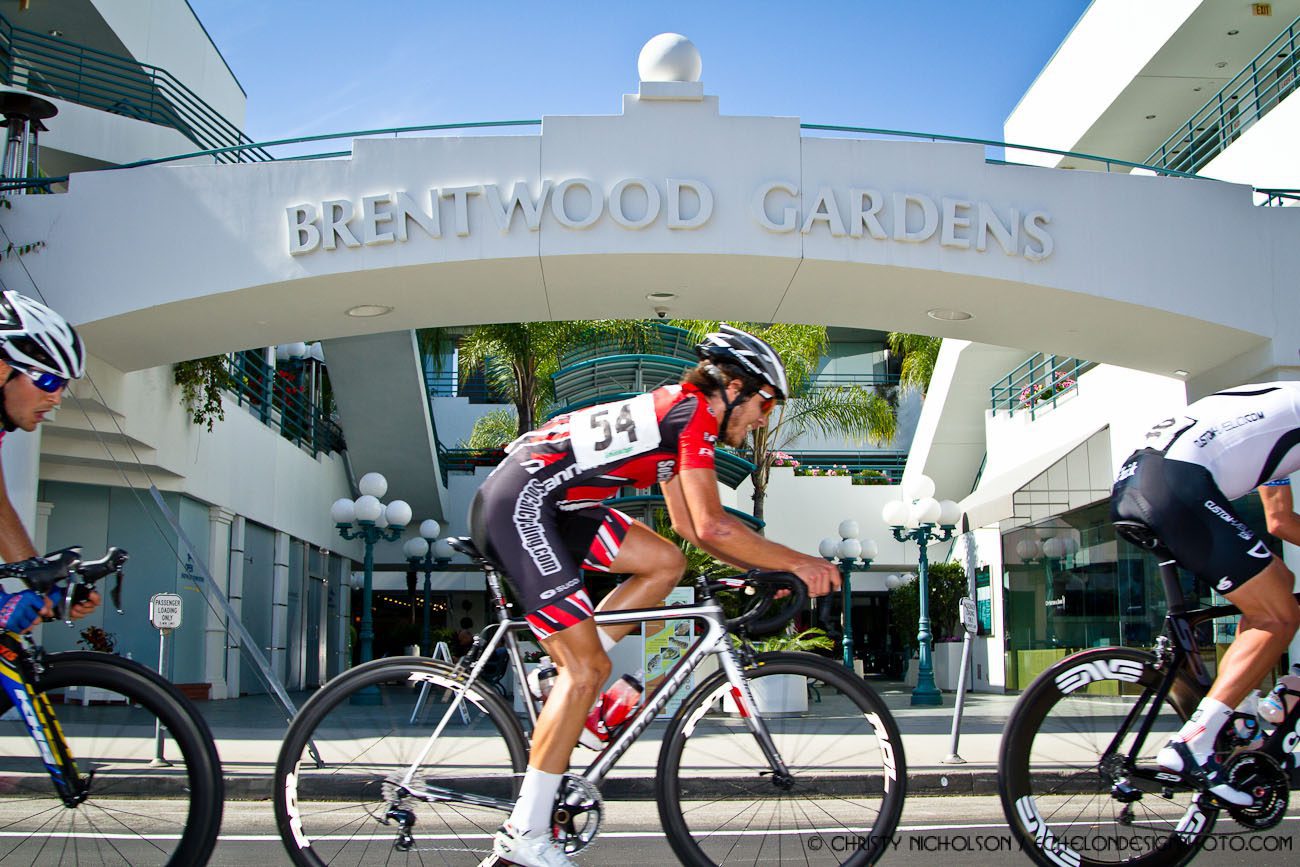 The course was technical, challenging and the speed was very fast. The SoCalCycling.com Team rode a great race with representation by Josh Ruiz and Garrett Olsen in the races major breakaways that also featured 2X Olympian Bobby Lea. Lea, who raced for the SoCalCycling.com Team at the 2014 Redlands Bicycle Classic and earned a podium for the Team in the Redlands Downtown Criterium, is on excellent form and in Southern California for the Elite Track National Championships this week. Josh’s breakaway of four riders set a blistering pace and garnered some great exposure for the SoCalCycling.com Team from the animated race announcers. In the end, Lea’s blazing pace was too fast and Josh and another rider came off and were eventually caught by the peloton with ten laps to go. Josh recovered the best he could for the field sprint and finished 14th for a spot in the money, with Quinten Kirby finishing 19th and Garrett Olsen in 26th. The pace and difficult course took it’s toll on the majority of the peloton with only 34 of the 90 riders finishing!