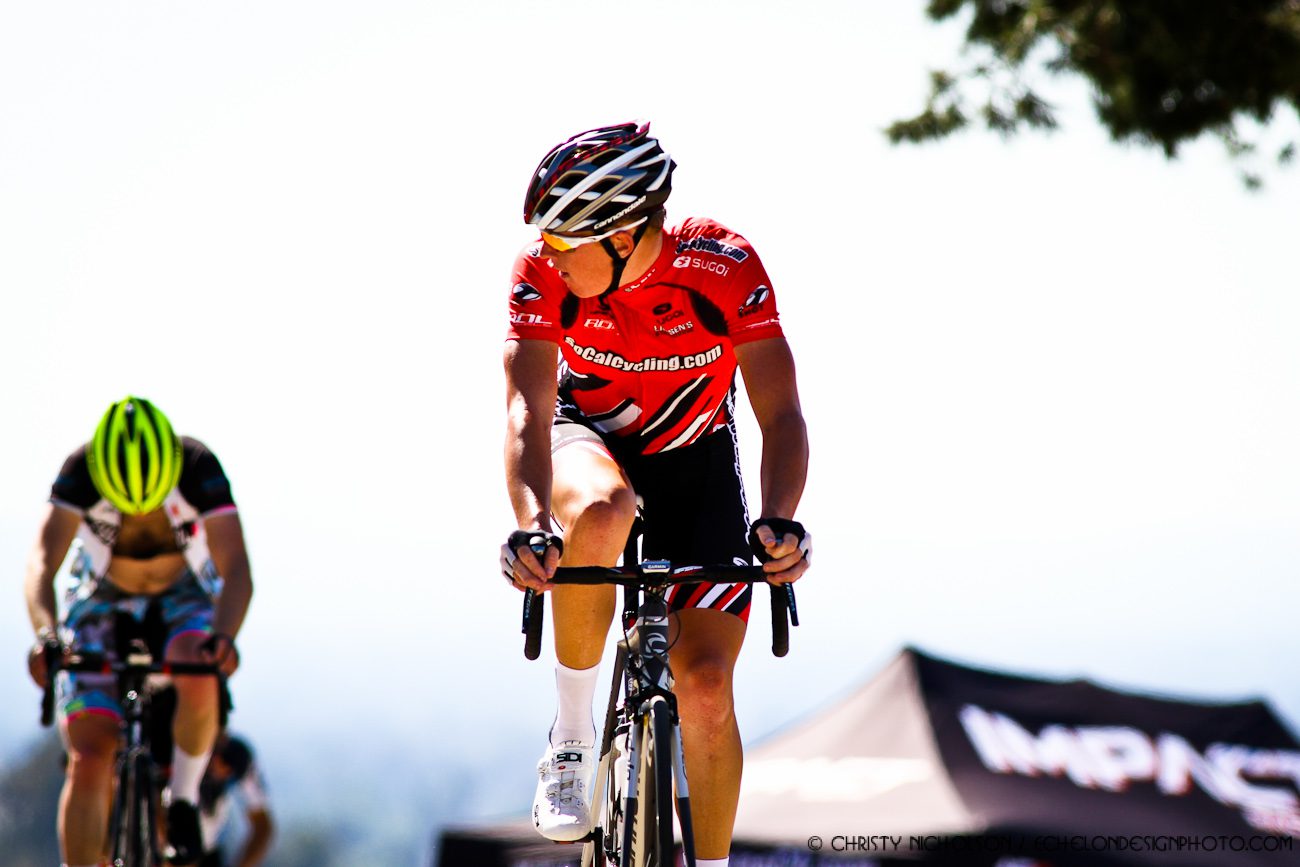 Our Team that raced today included Garrett Olsen, Steven Davis and Wesley Eslick. It started off fast and there were lots of attacks going off the front. The first break was started from PAA / Empire Bikes and Team Velocity putting the two riders up the road to set up the brisk pace right from the gun. During the second half of the race PAA / Empire Bikes put an aggressive Tyler Locke and early animator Robert Freeman (RokForm) along with a rider from Team Specialized Racing. The team was well placed in the chasing group and helped chase the 4 riders in the winning breakaway with the race favorites all in the main pack. Then all the surges made it possible for Brian McCulloch (KHS/Maxxis/JL Velo) to bridge across solo. Once Brian got across he was motivating the other riders to keep up the pace and keep up the hard work.

The group was pushing hard with Steven Davis (SoCalCycling.com Team) driving the group to try and catch the 4 breakaway riders but with 1 lap to go the gap was holding at 13 seconds and then in the finishing straight we had them in our site but three of the four riders were able to hold off the hard charging group off but a few seconds. With Brian McCulloch (KHS/Maxxis/JL Velo) taking the win and Tyler Locke (PAA / Empire Bikes) taking second and Robert Freeman (RokForm) rounding out the podium for third.

Our SoCalCycing.com Team managed a very respectable 12th and 13th place. Not a spectacular day, but there is always lots of races remaining.