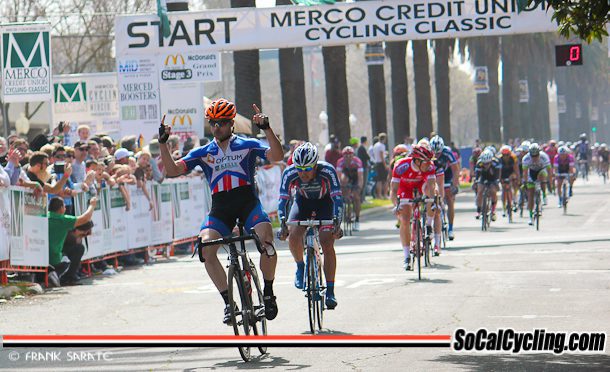 What a day! After dinner with my wonderful host family (that they prepared, cooked, and served for me) I contacted my coach Ashley Knights and talked with him about today’s criterium. It was a .9 mile course with a semi technical and somewhat bumpy terrain. I told him how I was feeling and expressed what I thought was best for me for the race. After speaking with him and my  SoCalCycling.com Team Manager Frank Sarate, I knew it was best to just hide out in the pack and maybe try and make a move if the field wasn’t too aggressive.

In the past I have done well at this criterium but coming into this weekends stage I was planning to go a little better on this stage as well as others. After the crash on Thursday and the aggressiveness of the riders on this course usually, that wasn’t going to be the case today. I woke up this morning a little more stiff and sore than I had been the day prior. However, I wasn’t going to let that get to me. I am not one for excuses and knew that I would be fine once the racing began. I had my breakfast and set out on an easy spin. When I returned it was about 2 hours out from the race. Luckily my host housing is only a 15 min ride away from the course. I took a shower, changed, and hopped back on the saddle to head to the race.

My Team Manager had raced an earlier category and I went to meet up to get my race wheels from him. He had finished my brand new C50 ROL wheels the day prior and I was excited to race on them. I put them on and went to go for a spin when I noticed my contenders were staging. I rolled up to the start and noticed how anxious everyone already was because the were fighting and piling in from every direction. I knew at that moment it was going to be a dangerous race. The announcer Dave Towle queued us in on the details of our race and we were shortly on our way.

Right out of the gate, as I expected, riders were bumping and barging and a few riders unleashed an attack. I was hoping to be up there when the move was made but I wanted no part in moving through the aggressive field this early on. I sat in and just maintained position. Bissel took the front of the race and began on there chase. Slowly but surely it was coming back. I knew that if I had any chance at getting away it would be in a counter move (when a breakaway is caught and another breakaway is established). I began charging up the field to get in a good attacking position when a very unnecessary overly aggressive move was made in the inside of a turn and the rider caught his bar on a guard rail. The rider was yanked completely off his bike and the race was neutralized. Upon neutralization riders that were further back made there way closer to the front at this moment because we were at such slow speeds. As they did this, I drifted back because again I didn’t want any part of such riding.

The race was restarted and I was left with only one thing to do. Relax and make sure I avoid any crashes. I sat patiently until about 8 to go and decided to move forward to avoid any gaps people may open up. I was in the top 30 and just wanted to make sure I finished with the field. We received the bell lap and I was still mid pack. Out of the last turn a few riders blew up and I sprinted to stay with the front group. I hit the finish line and thanked God for allowing me to avoid any crashes. Tomorrow is another day and should be a lot less chaotic.