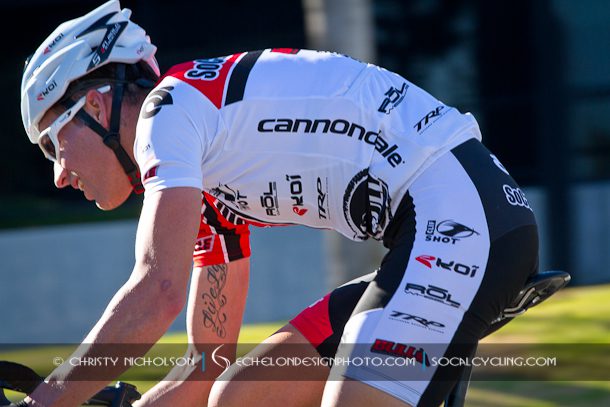 It’s that time of the year again. For me, the Boulevard Road Race was always the first race of the season. The Boulevard Road Race is never a easy race. It has always had a great turn out of well rounded riders and this year had a really good field of riders. The USA National Team had 10+ riders, CashCall Mortgage had 10 riders and there were some other talents in the field like Optum Pro Cycling p/b KBS teammates Tom Soladay and Ken Hansen.

The race usually starts out with a few attacks and within half a lap to 3/4 of a lap there was a strong breakaway group. I knew if I wanted my best chances of being there with the “selection”, I would need to be in the early move with a few guys and let the others bridge up. Well, things went a lot different than usual. Straight from the gun there was a lot of attacking. One rider went clear from CashCall on the descent and the field began to settle in and ride a steady tempo.

We went into lap two all together and I knew this would be when a big move would make it’s mark. There was some really big moves that I thought were going to be the selection, but the field was relentless. There must have had been five moves that I was in where I thought we were going to get away. But sure enough, they were brought back and finally three riders made it up the road. There was one CashCall rider, one Get Crackin’ rider, and one USA National Team rider. I would have liked to make the move with the three riders, but now I knew that the next big move was going to be the selection that bridged up to the 3 man break.

About a half a lap later the US rider somehow crashed and now the USA National Team was forced to ride the front. The pace wasn’t quite what it should have been, so riders were attacking. So, I then began attacking with the few riders I knew would have enough to make it across to the move. Well, again there was so many good moves but no one wanted anything to get away. Finally, I found an opportunity on the finishing climb to get away and I took advantage of it. I shot up the road with another rider and formed into a move with another 3-4 riders and soon enough a few other riders, which turned a few three man groups into a twelve man selection. We were on the hunt now for the original three riders which was now two up the road.

We were closing in on the two riders on the finishing climb of the last lap, when I began to get in some trouble. I was loosing contact with the move and my legs had enough from all the attacking earlier in the race. I got in my own rhythm and watched any chance of a top five slip away from me. I came around the corner passing two riders who came off the group and could see the remainder a bit ahead. The group was splintered in pieces now with around 800-1000 meters to go and what I soon found out was David Santos of CashCall Mortgage had won the race and I crossed the line 11th.